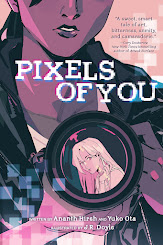 This comic focuses on two girls and their art (photography), one is augmented due to an accident the other is a very human looking AI.  Each girl has their own lives and their own way of looking at the world, but the human is definitely more judgemental....but as they get to know each other you can see not only less judging, but also more blending making it less easy to define "human" from "not-human".

I wanted more from this, but I can't explain what that was, because it is a good story and the use of art to show humanity and imagination was really well done.  Maybe read it and tell me what you think. 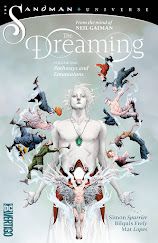 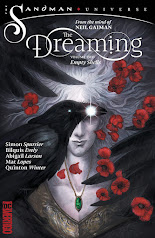 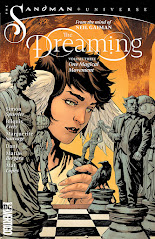 This trilogy takes place after the conclusion of The Sandman series and focuses on the troubles Daniel is having as the new Dream.  As expected, it is amazing and intricate.....Gaiman's mind is a wonderland.  I don't want to say too much but suffice to say, it uses elements from the originals but twists them in unexpected ways to make a story so satisfying yet completely unpredictable. 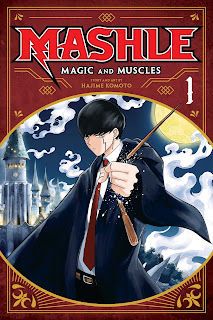 Finally, I tried this first book in a new manga series, which was interesting but not my cup of tea.  The premise is that the main character is the only person (or one of few) with no magic in a world where magic defines you and determines your status.  He is determined to succeed at an exclusive magic academy so he can gain enough power for everyone to leave he and his father alone.

It was, as I said, interesting....but I kind of like magic...and the idea of muscles and "misunderstandings" (i.e. naivete) overcoming everything felt, well, odd.  It almost felt a bit like a "might makes right" thing, while talking about how abuse of power is bad but it also confuses naivete with stupidity at times, which also bothers me......but I may be over-thinking it .....tell me what you think?

Popular posts from this blog

A new book & some retro "hits" to explore 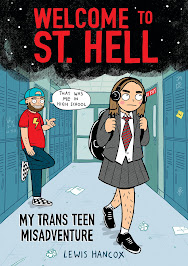 So, I am going to talk about one of the comics I read this month that is new; but thought it would be fun to also go back and talk about 2 comic series that are on Netflix right now. In Welcome to St Hell, Lewis Hancox explores and shares his journey as a trans-man.  He focuses on his high school years with a bit of college thrown in and by having his current self inserted into the story, the reader gets some extra nuance and context on the situations.  It really adds to the story to see "well, I know this now, but back then I was so confused" because maturing and living definitely gives perspective but also because being transgender can be really confusing and isolating.  Hancox's approach helps answer some of the questions cisgendered people often have without having to interrupt the flow of the narrative.   Everyone's journey is different, but this book was interesting and I encourage you to try it. Now for the "retro" I am sure I'm not the only one
Read more 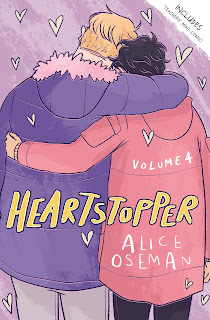 I decided to reread the entire series, and finally got to read v 4 (bought it for myself, and hope to have a copy for the library soon). I am looking forward to the Netflix series, but am always worried they will mess it up. So, Heartstopper is sweet and awesome....if you haven't read it, you should.  In v. 4 Oseman dives deeper into depression, eating disorders and family issues but the optimistic spirit and the love still shines through......sigh......so lovely.
Read more